Hyperconvergence to the rescue of the traditional data center 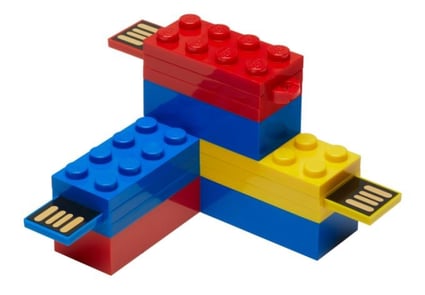 In today's economy, a company's strategy relies more than ever on its capacity for innovation and transformation, and therefore equally on the profound change in the role of IT.

The changing role of IT

It is no longer just about guaranteeing stability, levels of performance and availability of applications, but also encouraging innovation and contributing to the business.

This new orientation of IT is inevitably accompanied by the modernization of the data center, which today is an impediment to the requirements of the lines of business.

In fact, the lack of agility and efficiency of the traditional data center and its cost of operation and maintenance are inherited from the technological choices of the past that are no longer adapted to the period of accelerated change that we live in today.

What then are the choices offered in terms of modernization of the data center to make it easier to manage, faster to respond to requests and less expensive to operate?

In addition to the traditional virtualized infrastructure, there exists mainly 3 options for the data center, which can be deployed exclusively or combined.

They are cloud-based, converged, and hyperconverged infrastructures.

Cloud computing is at the center of everything from SaaS (Software as a Service), Paas (Platform as a Service) and IaaS (Infrastructure as a Service). In an IaaS environment, new IT resources are only one click away, which means you are reducing the time it takes to make these resources available to within minutes. The cost and time it takes to experiment, develop and implement is significantly lower compared to a traditional approach.

It should be noted however, that many infrastructures remain in the data centers of companies or in colocation, whether for reasons of security, location of data, performance, control, cost or any other constraint.

While these companies do not want to go into the public cloud market, at least for some of their applications, they nevertheless seek the benefits of fast delivery, instant scaling, and cost modeling.

Hence the concept of private cloud or even hybrid cloud.

Converged systems consist of separate servers, storage, and network components assembled and configured to work together, and managed in a unified manner. You acquire an integrated solution rather than integrating the various thirds of the infrastructure yourself. Compared to a traditional infrastructure, you benefit from unified management and integrated firmware updates, which significantly reduces your team’s maintenance load.

The converged infrastructure is based on a data center management approach that aims to minimize compatibility issues between servers, storage systems and the network while reducing cabling, cooling and electrical consumption costs.

The most recent hyperconvergence is a virtual infrastructure approach that combines, through a software layer, several nodes (servers), each with processing, storage and networking functions.

The storage is therefore integrated into the servers and is managed by software distributing the data between the nodes to meet data protection and availability requirements while allowing increased performance by adding new nodes to the cluster.

This is why the term Scale-out is often referred to as opposed to Scale-up for a converged infrastructure.

The hyperconverged infrastructure therefore relies on a software-centric architecture that uses servers or nodes, and integrates processing, storage, networking, and virtualization resources.

Factors to consider in your evaluation of hyperconvergence

In addition to the cost of servers and virtualization, storage, networking, backup and recovery, replication, power consumption and space used, consider the following:

Can all the components of the current data center allow for easy administration of all 3 parts? If this is not the case, a centralized administration solution should be considered.

If you had a solution that required fewer human resources, could you redistribute tasks so that more staff could be mobilized on higher value-add initiatives?

When considering hyperconvergence as a possible solution, whether for a project's specific needs, for example VDI, or for a complete modernization of the data center, make sure that you take into account all of the costs and requirements.

Studies and reports indicate that the reasons for the deployment of hyperconverged infrastructures or public cloud are very similar.

In fact, two of the three main reasons for deploying, or considering deployment of a hyperconverged infrastructure or public cloud are the same:

The only difference is the second most popular reason.

• The inflexibility of legacy IT architectures not only limits the ability of IT to support the enterprise, but also the company's potential to grow and compete successfully.

• The advantages of a hyperconverged approach include simplifying the data center and the managing of it, making it easier to scale, and optimizing its operating cost. From then on, you can allocate the resources you have saved to IT initiatives geared to growing your business.

• To realize the full benefits of a well-designed, successful infrastructure modernization that can combine cloud computing with a hyperconverged infrastructure, make sure to benefit from the expertise of partners who have the experience of transformations that have already been successfully implemented .

For some time now, cloud computing has become increasingly important within the IT domain. New...

As business strategies are now inextricably linked to technology solutions, companies need to...