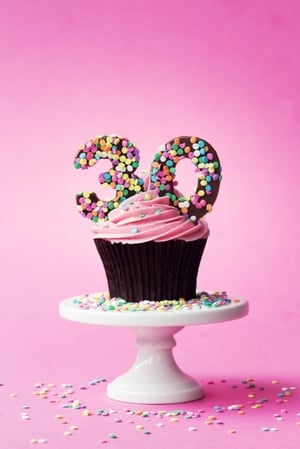 It was in 1988 that IBM launched its server that would revolutionize the business world and bring a large number of companies into the computer age: the AS/400. Now marketed under the name Power Systems, the iconic server is this week celebrating its 30th anniversary!

So we are taking a look back at the beginning and the emergence and globalization of an innovative technology that today allows hundreds of thousands of businesses to perform small miracles everywhere on Earth, even under water and in the sky.

Before developing the AS/400, IBM had leveraged two platforms to meet the IT needs of small, medium, and large enterprises: the System/38, more for large enterprises and more complex but offering great scope for expansion, and the System/36, more conventional and easier to use for small and medium businesses.

In order to protect the initial investment of their customers (the cost of purchasing the smaller systems amounted to around $ 100,000) and to unify these technologies being used since the early 1980s, IBM developed a system that was easy to use and highly scalable. The first model AS/400 was launched on June 21, 1988.

The abbreviation of Application System/400, by definition, should have been a System/40, to be the logical continuation of its predecessors. This name change aimed to demonstrate that this new server was more advanced than its predecessors, without representing a completely different technology.

The first model, B10, had only 1 CPW and only 4 Mb of memory. Soon after, memory and power increased dramatically to meet business needs. Although its efficiency pales in comparison to what current technologies offer, at the time the system was one of the fastest on the market.

Customers who were loyal to System/36 and 38 minimized the dollar amount to transfer their data to a new server. And this when the new server offered new, more efficient applications, in line with the changing needs and the reality of businesses.

Even today, a couple of our customers still work in System/36 mode on their Power Servers. This durability is impressive in an environment where machines and operating systems change every year and new processors are released every month.

From the point of view of the return on investment, IBM today remains a leader.

TIMI: A set of innovative instructions that explains the AS/400 longevity

Over the years, IBM has sought to enhance the return on investment of the AS/400 system. One of the most important features of its longevity is its set of high-level TIMI instructions (Technology Independent Machine Interface). This layer between hardware and software (Middleware) allows application programs to take advantage of hardware and software advances without reprogramming.

In other words, regardless of the processor used, TIMI allows conversion and recognition between hardware and software instructions, thus ensuring hardware independence. Thus, the applications become compatible with the binary files of the different versions of Power processors.

Unlike other platforms available on the market, TIMI allows you to avoid having to rewrite the source code each time you update.

Although the technology behind the system was evolving at a fast pace, all the while allowing customers to protect their investment, it was around 1997, that the competition began pointing out the age of the machine which seemed to be stagnant for more than nine years.

In order to break this old-fashioned image, management decided to change the name of the platform. In 2000, AS/400 was renamed iSeries, then IBM System i5. In 2008, nearly 20 years after their introduction, the System i and System p were combined into a new product line called IBM Power Servers.

This new product line offers the possibility of running more than one operating system on a machine simultaneously. The current Power 9 system can support I5/OS partitions, Linux, AIX or Virtual IO Server. Different Linux licenses are installed for free on the system, requiring only support costs.

IBM then decided to become competitive with x86 solutions, by modify the invoicing of its customers according to their size of company. A base price is given to the processor, plus an amount based on the number of users who will use the server.

30 years after the introduction of the AS/400, IBM remains at the cutting edge of technology. The major innovations of the Power 9 generation are more than ever aligned with the business needs of businesses in terms of the cloud, artificial intelligence and business intelligence.