The 6 key points of IBM Edge 2016, according to 3 Present experts 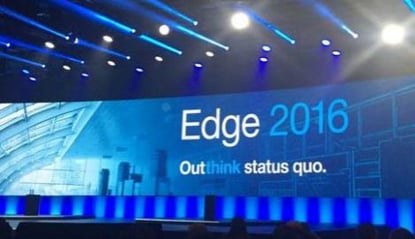 This year, IBM Edge, which originally specialized in storage, has now included all IBM systems, a move both unique and significant. This collaboration of IBM infrastructure categories was a unique opportunity to understand the trends not only from a technological viewpoint, but also from a business viewpoint.

Increase in the adoption of new IT models

According to Louis de Grandpré, an increasing number of companies wish to redefine the core of the business. This means a more general acceptance of new IT models, Cloud, and lower value-added jobs contracted out as well as a greater inclusion of specialized partners.

“This year, IBM Edge has really shown an increase in the adoption of new IT models. The trend is getting more and more noticeable in the United States; however, in Quebec and even in Canada, we are a bit behind. There is always a slight time lag between the two sides of the border, but there are great opportunities for Quebec companies. They can still distinguish themselves if they review their IT models and adopt solutions that will allow them to become digital. I expect that in Quebec the rate of adoption will increase in the next two to three years.”

Some of Present's clients were there to witness Present receive the Storage Specialty Business Partner Winning Edge Award for Canada on September 21, 2016.

This award acknowledges the exceptional contribution of Present. Recipients significantly invested in developing the skills required to reach the technical standard necessary for the implementation of world-class solutions. 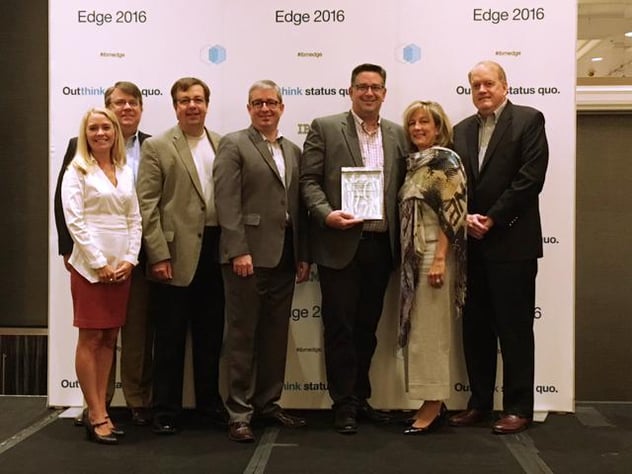 Nicolas Brodeur notes that “IBM can now offer a complete line of high tech storage products while other manufacturers are still working on developing theirs. What’s interesting for companies is that with IBM they have access to a maximum number of options, either an ‘appliance’ format, as software installed on their own equipment, or in the ‘cloud’. The durability of its solutions has always been at the core of IBM’s innovations, and this philosophy is still present today with evolutionary storage solutions adapted to customers’ needs and today’s reality.”

According to Nicolas Brodeur, the other key point at IBM Edge this year was the emphasis on the introduction of Linux environments on the IBM Power platform. While this type of architecture was alluded to in the early 2000s, there was never any real application of it at the time. Today, however, the stage is set for this solution to become increasingly popular, evidence of which can already be seen. Indeed, Mr. Claude Bernier, CIO of South Shore Furniture, a Canadian leader in the making of furniture, was invited to speak of the company’s experience in implementing SAP Hana on an IBM Power infrastructure, a first-time accomplishment in Canada with Present.

A revolution in transactions with Blockchain and the Hyperledger Project

Michel Gaillardetz retains the presentations on the use of Blockchain. "A whole community is building itself around the Hyperledger Project, which has attracted tons of new contributors via IBM Edge only. This new approach, which already allows for more secure electronic transactions with higher garranty levels, will undeniably evolve economic models. For example, it is now possible to track a diamond from its extraction in the mine all the way to its owner and know all the middlemen like the diamond dealers and jewellers.”

The help and expertise of partners take precedence over equipment

Everything that is being done with the Hyperledger Project reflects the new reality of the business world: company directors are excited with the fascinating technologies, but the software and computer infrastructures are the ones allowing companies to generate revenue.

Companies need the infrastructure to operate consistently. However, as Michel Gaillardetz says, they are more interested in partners who can help them reach their business goals through technology than a certain brand of equipment or software.

While technology today is no longer a necessary investment for the operation of companies, but rather a means to accelerate growth and profitability, choosing the right business partner is more important than ever.

Download the our free guide "How to leverage IT to grow your business".

IT Innovation, IT infrastructure, Events, IBM

Where are you on the virtualisation path?

Here’s an example of how Present has helped one of their clients reap the benefits of...

The problem with silos is that they do not permit the exchange of information with each other. ...

AS/400 to Power Systems: 30 years of partnership with Present

For nearly 30 years, Present has partnered with IBM to provide customers with powerful technology...