Uncover Blockchain Before Your Competitors Do 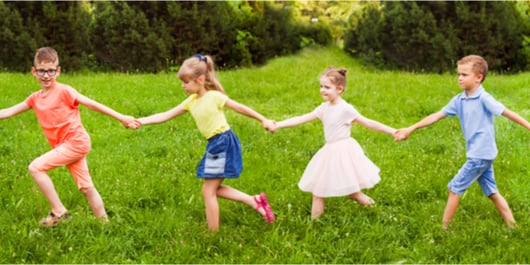 Are you one of those for whom blockchain technology is still abstract? If so, I highly recommend this article since blockchain is one of the technologies to watch for in the years to come. In fact, it could even revolutionize several industries including banking and insurance.

Imagine a very large notebook that everyone can read freely and for free, on which everyone can write, but which is impossible to erase, and which is indestructible. This is, in essence, what blockchain is:

’Blockchain is a technology for storing and transmitting information. In particular, it has three major characteristics: it is transparent, secure, and operates without a central control body.’’

In fact, it is a large database that contains the history of all the exchanges made between its users since its creation. Its unique feature is its decentralized architecture. Blockchain is not hosted by a single server, but by a part of the users. There is therefore no intermediary on blockchain. Everyone can check the validity of the chain himself. The information contained in the blocks is protected by cryptographic processes. Once information has been entered, it is impossible to change or delete it. The chains contain a safe and verifiable record of each transaction that has been made.

Blockchain technology became very popular in 2008 with the virtual currency called bitcoin, formed by a person or group of people making themselves known as Satoshi Nakamoto, but whose true identity remains unknown to this day.

The difference with the public blockchain is its degree of openness. Public blockchain can be viewed by everyone. In this way, each user can send transactions in it. In other words, anyone can join and participate freely in the approval process (which decides which block will be added to the chain and which defines the state of the system).

For its part, private blockchains are used a lot by companiesto carry out testing. The approval process is controlled by a limited and select number of nodes.

For example, 15 financial institutions could agree and organize a blockchain in which a block would have to be approved by at least 10 of them to be valid. There is therefore a twofold modification to the original system, since not only are the participants in the approval process limited and selected, but in addition, it is no longer the majority rule that is essential. The right to read the blockchain, that is to say access to the registry, may be public or reserved for network participants. A private blockchain can run behind a corporate firewall and even be hosted on premises.

Useful in a Host of Areas

Blockchain may seem rather abstract, yet there are many examples of putting it in operation. Whether in the field of health, distribution chains, transport, the financial and insurance sectors, accounting, law and so on.

Among the various fields of application, insurance is undoubtedly one of the most advanced sectors. Many use cases have already been deployed and are now operational.

Insurance? What are the applications?

Insurance companies need an efficient approach to deal with different claims (such as an accident) and offer the customer an adequate and rapid solution. Today's consumers are looking for a customer experience that is:

Thanks to the automated processing of insurance files, the conditions of insurance policies can be stipulated in a smart contract which will be stored in the Blockchain and linked to data available publicly on the Internet. Thus, when an insurable event occurs and is reported by a reliable source, the insurance policy is automatically triggered. The file is then processed according to the conditions specified in the smart contract, and the client receives his compensation. This technology could truly help reduce costs, improve risk assessment and enhance the customer experience.

It’s certain that blockchain technology has enormous development potential through its possible applications. But before you make blockchain a reality for your business, it is important to take into consideration the various risks related to your project as well as the costs of the latter.

Creating and deploying enterprise blockchain solutions remains a huge task that a company cannot tackle alone. Schedule a brief phone call with us and find out how we can assist in your blockchain projects.

Since its introduction in 1988, the AS/400 server has gained widespread popularity. Recognized as a...

AS/400 to Power Systems: 30 years of partnership with Present

For nearly 30 years, Present has partnered with IBM to provide customers with powerful technology...

As we embark on a final sprint towards 2021 and our sights are set on a promising future, we wanted...